On Monday we turned off the Dogcam for good. It made me sad but, since we’re home all the time now, the only good time to see any dogs is while they’re eating. That’s only about 20 minutes a day.

The SUPER old laptop that drove the camera died on Friday and we evaluated everything: the camera was a still-photo camera, we aren’t getting a lot of hits on it anymore and then add the small amount of time the dogs are on the camera, shutting it down seemed like the best option.

The camera ran for 21 years! We started it on July 22, 1997 to see what the dogs did while we were at work. They mostly slept but every once in a while they’d do something crazy like the time Lily broke in to a case of water that we had in the laundry room. She took the caps off of 3 bottles. One other time the dogs got in to some chocolate and a fan wrote me that she was concerned. We raced him. They were fine.

The camera started in our living room and eventually ended up in the laundry room. It was safer for the house to keep them in there while we were away. 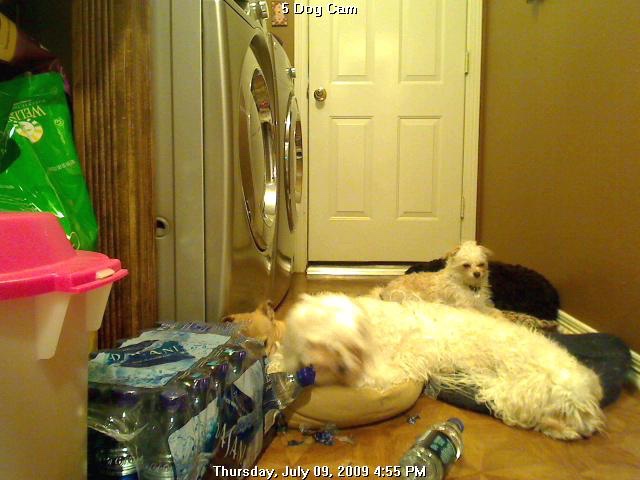 When Lily broke in to the case of water. The other dogs helped. 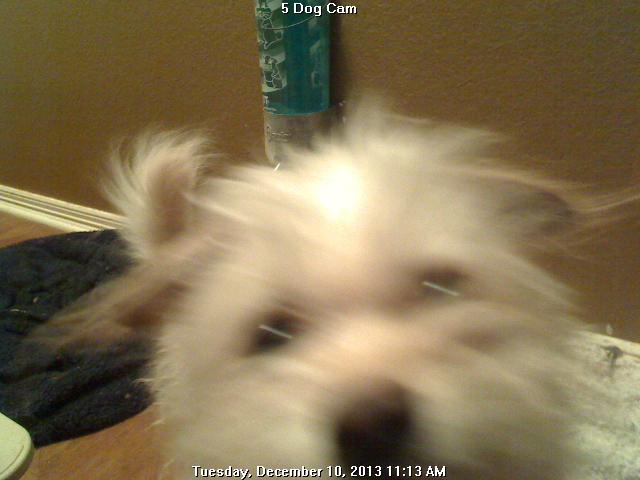 When Oliver was still a puppy. Checking out the camera.

The height of the Dogcam’s popularity was in 1998. All of a sudden we went from a few hits a day to tens of thousands a day. We didn’t know what happened until someone sent us an email telling us our web address was in the National Enquirer. It was an article about privacy when the movie “The Truman Show” was released. 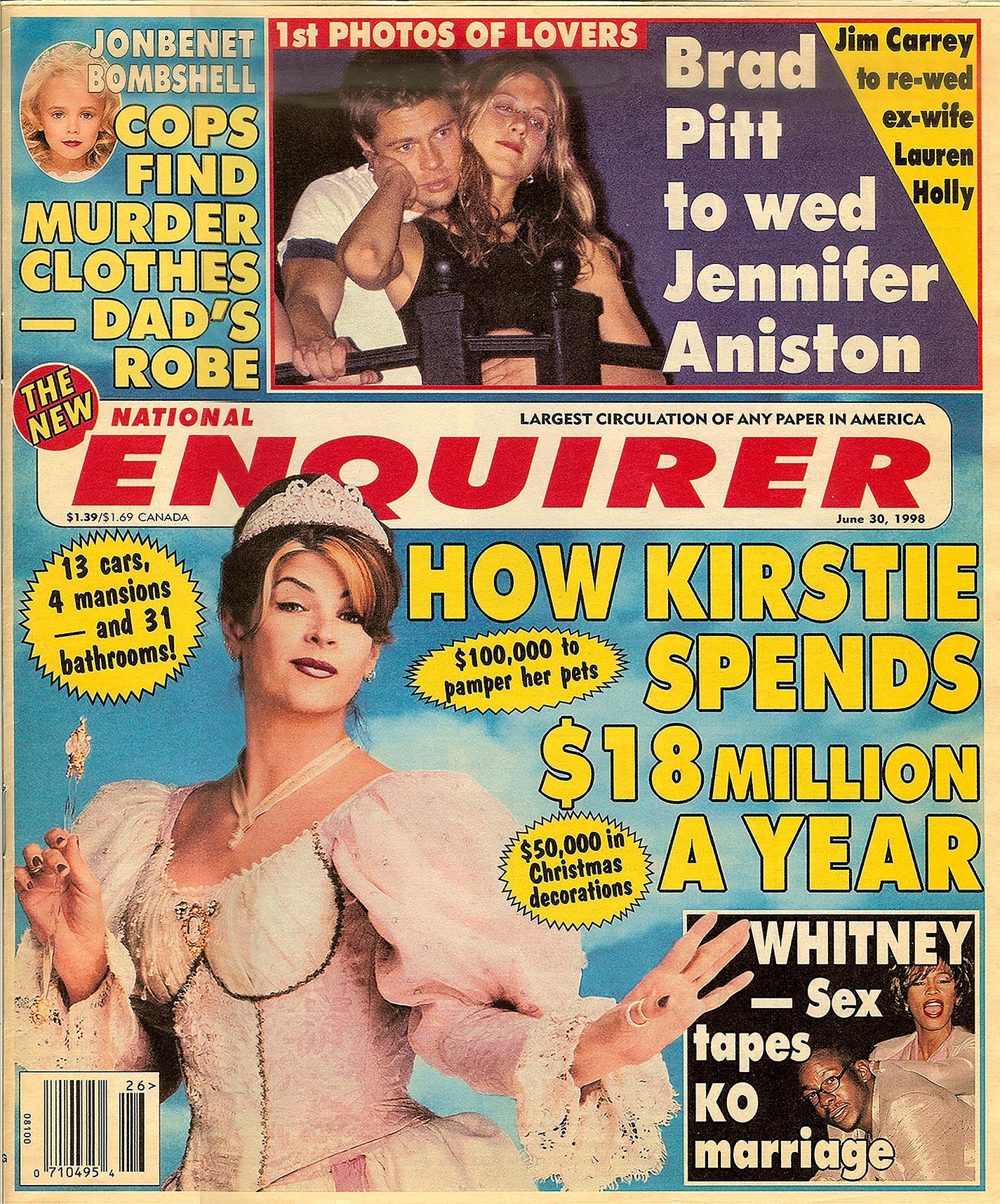 You can see how old this is. Kirstie Alley is on the cover and Bran & Jen weren’t married yet! 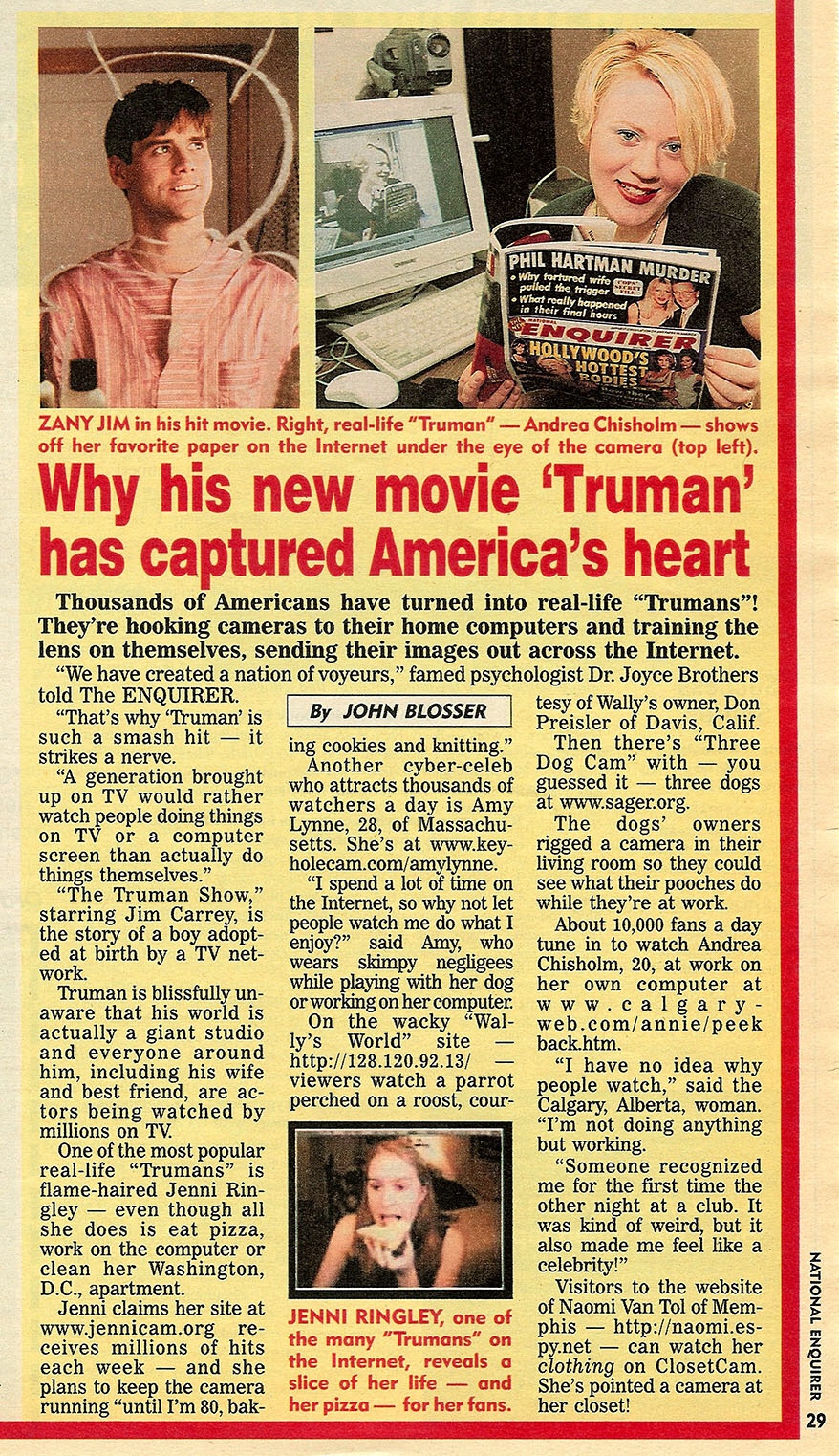 Our mention is toward the top of the 3rd column.

Back then it was the “Three Dog Cam” with Elmo, Daphney and Daisy. Since then there was Peanut, Lily, Bridgette (foster), Princess, Spike, Oliver, Lem, Karai and Five. Oliver even learned to stand in front of the camera while I turned it off so he would be the last photo of the day.

It makes me sad not to have the camera anymore but now we have this blog! It’ll be about our everyday life and our travels. I hope you enjoy it!

1 thought on “The Dogcam is No More”